Dr. Shereene Idriss, M.D., the #pillowtalkderm, is a board-certified dermatologist and facial aesthetician in New York City who shares skincare gems with an audience of nearly 400,000 friends and avid followers.

Camped out and comfortable in front of a fire while a February snowstorm stirred outside, @shereeneidriss talks retinoids, sunscreen use, and self-tanning while pregnant in her latest, “Pregnancy Skincare: Dos and Don’ts.”

Speaking of topical self-tanner use while pregnant, she says:

“Self-tanners which are made from DHA, dihydroxyacetone — Totally safe in pregnancy.”

“This is a chemical that sticks to the amino acids on the top layer of your skin turning the stratum corneum—changing its color. It does not get systemically absorbed at a high rate. I think it’s a 0.5 percent absorption rate.

“So I’m not nervous about it. I would rather [you] use that than you go out and burn. The only thing I will say is, be very careful inhaling it with the spray. I would rather just use the topical ones instead,” she says.

In a follow-up post shared with her 274K Instagram followers, Dr. Idriss says, “When it comes to pregnancy skincare (and pregnancy in general), there is so much fear-mongering, I nearly lost my mind while I was pregnant. ‘Don’t do this,’ ‘don’t eat that,’ ‘don’t use this cream because of this preservative…,’ don’t, don’t, DON’T! I felt helpless and fearful and quite frankly HATE being told ‘don’t’ in general,”

“We need to shift that perspective and start leading with LESS fear-mothering!!”

As someone who struggled with getting pregnant, suffered a couple of miscarriages, and had to go through fertility treatments herself, Dr. Idriss speaks both from her own experience and her professional position as a practicing derm and licensed MD.

Dr. Idriss shared three brand-specific sunless self-tanner recommendations and offers a lineup of all products she vouches for here.

“St. Tropez has a really nice [self tanner].”

“Clarins has a really nice gel which I really like.”

“Jergens over the counter is also pretty good.”

Multiple other experts and regulatory bodies have said the same thing: that topical DHA self-tanners are safe to use during pregnancy, with some adding in a cautionary ‘check with your doctor.’

The American Pregnancy Association says “sunless tanning lotions from a bottle may be the best option if you are pregnant.”

The United Kingdom’s National Health Service says “It’s generally considered safe to use fake tan creams and lotions during pregnancy” and that they “can’t harm your baby.”

Dr. Sandra Marchese Johnson, M.D. says “the ingredients in self-tanning lotions, creams, and foams are harmless, so it’s fine to use them during pregnancy,” and they “won’t harm your developing baby.”

None other than the Mayo Clinic tells us topical self-tanners are “safe alternatives to sunbathing,” if used as directed.

Board-certified dermatologist Dr. Andrea Suarez (aka Dr. Dray) says the DHA in self-tanners only alters the appearance of the skin’s top layer and doesn’t penetrate. “It is very, very safe…. It is not systemically absorbed to any appreciable manner, with no adverse consequences on human health.” 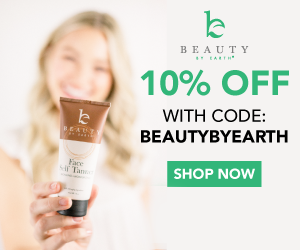