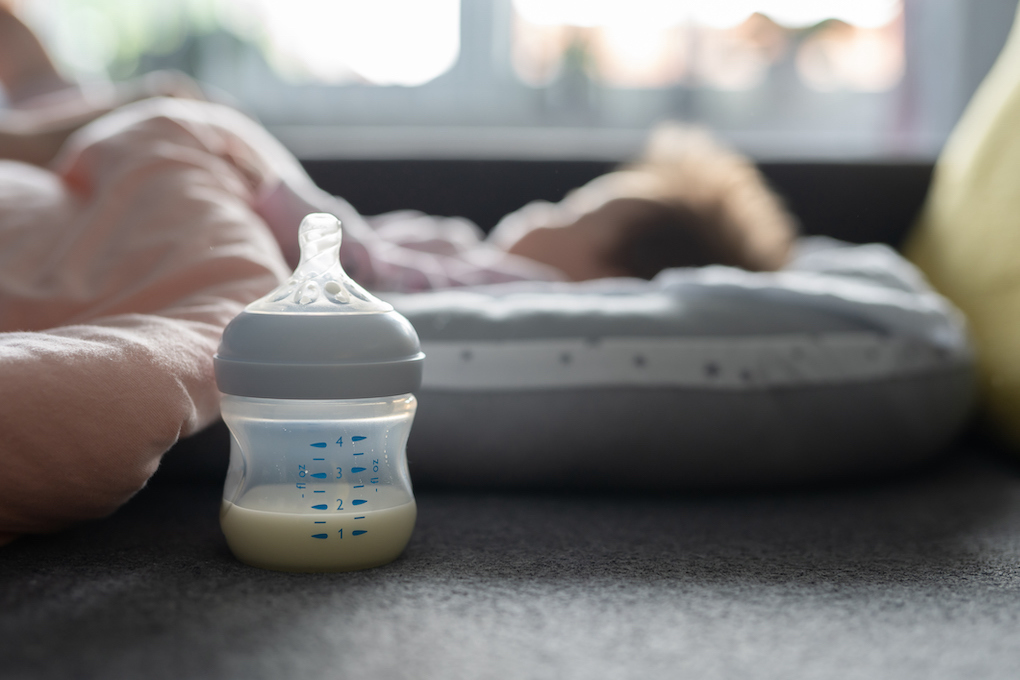 Newsflash: I occasionally write for a small handful of lawyers. So imagine my utter shock at being asked to prepare a series of legal articles informing parents and the public that—

“When cow’s milk-based baby formula is fed to preemies in the NICU, it can cause a serious and life-threatening disease known as NEC, or necrotizing enterocolitis.”

Wow. We fit all of the criteria to have had something possibly life-threatening occur to our baby—and we had no idea it even happened.

As for NICU nurses and doctors, parts of the lawsuits filed against infant formula manufacturers is that they, too, were not informed—the very medical professionals that should be aware of such a connection, particularly if known to manufacturers.

So here’s everything you need to know about baby formula and NEC lawsuits in 2021.

“Lawsuits are being filed claiming that the makers of certain Similac and Enfamil infant formula products failed to warn healthcare providers and caregivers that ingesting cow’s milk-based formulas can cause premature babies to develop necrotizing enterocolitis (NEC).”

What infant formulas are affected?

But please understand that while these are the two companies being sued, any cow’s milk-based formula could potentially cause the same problems if fed to a premature infant.

Is something wrong with Enfamil & Similac formula?

No. What went wrong is that manufacturers were evidently aware that cow’s milk-based infant formulas greatly increase the odds of a prematurely-born infant contracting a possibly fatal condition known as NEC, and they didn’t act strongly enough to inform healthcare professionals and consumers (parents) of that.

For instance, despite being aware of the information, companies failed to place consumer warnings on infant formula packaging and allegedly failed even to inform NICU staffers.

How common is NEC for preemies?

NEC affects roughly 1 in 1,000 premature infants and 1 in 10,000 full-term infants. Infants born before the 37th week and infants born weighing less than 5.5 pounds are especially at risk.

A study, published in The Lancet in December 1990 found that exclusively-formula-fed infants were 6-10 times more likely to develop NEC than exclusively breastfed infants.

Despite this and other scientific studies that point to the dangers of formula feeding preemies, the exact cause of NEC is as yet unknown.

“Among babies born at more than 30 weeks’ gestation… [NEC] was 20 times more common in those fed formula only.”

What is NEC and what happens if a baby gets it?

Most infants who get NEC will recover fully without much ado and go on to live perfectly well lives. Some, however, can suffer from lifelong complications. Death from NEC is rare but also possible.

How do I know if my baby is affected?

While a lawyer can help you join one of the many lawsuits being filed over the matter, only a licensed doctor would be able to diagnose the problem. Antibiotics may be administered, and roughly a quarter of infants with the condition may have to undergo surgery to remove dead intestinal tissue, according to the Cleveland Clinic.

The following list of symptoms is provided to help parents determine whether to look further into NEC. It is taken directly from the Cleveland Clinic.

What should be used instead of cow’s milk-based formula for preemies?

The American Academy of Pediatrics recommends exclusively breastfeeding or breastfeeding in addition to the use of donor milk from another lactating mother. Some infant formulas are also made specifically for premature infants.

“Parents should ask their infant’s health care provider if they have questions about selecting a formula for their infant.” U.S. Food & Drug Administration

Is it OK to formula feed a premature baby?

In light of recent legal action against infant formula manufacturers, parents of premature infants should discuss their feeding plans with their pediatrician. Powdered infant formulas are not sterile to begin with and have long been not recommended for preemies.

Burden of protection lies on parents

Unfortunately, all information available about these lawsuits and the alleged negligence of infant formula manufacturers points to the fact that parents are burdened with the tremendous task of due diligence when it comes to the safety of their babies.

While lawsuits against formula makers might recover monetary damages, no price adequately pays for the lifelong physical damage or the tragic loss of life that lack of transparency contributes to.

The connection was known.